One answer to the question posed by the title might be: "The understanding that allows a designer to interconnect electrical components to perform electrical tasks." These tasks can involve measurement, amplification, moving and storing digital data, dissipating energy, operating motors, etc. Circuit theory uses the sinusoidal relations between components, voltages, current and time to describe how a circuit functions. The parameters we can measure directly are voltage and time. This means that electronics is the art of manipulating voltages to perform various electrical tasks. I want to present a different definition. That is the subject of this article.

In digital electronics, a voltage difference can represent data, or be a measure of the energy used to operate an active component. All conductor geometries have capacitance. A voltage difference associated with a capacitance means there is stored energy. To change the voltages on a circuit means that energy must be moved or dissipated. These are the fundamental processes we must consider if we are going to handle fast data. Circuit theory is not based on moving energy yet that is nature's only objective. Playing nature's game rather than fighting her makes for designs that perform well. We often do not realize what nature does. Fortunately, she is very consistent and we can eventually figure out what she does over and over.

There is a common misconception that signals are carried in conductors. Somehow this association crosses over to the idea that conductors carry both signals and energy. A few simple calculations can show that this is a false idea. Consider a 50-ohm transmission line carrying a 5-volt logic signal. The initial current at switch closure is 500 mA. A typical trace is a a gram-mole of copper that has 6 x 1023 copper atoms (Avogadro's number). Each atom can contribute one electron to current flow. Knowing the charge on an electron makes it easy to show that the average electron velocity for 500 mA is a few centimeters per second. What is even more interesting is that only a trillion electrons are involved in this current flow. This means that only one electron in a trillion carries the current. This also says that the magnetic field that moves energy is not located in the conductors. The only explanation that makes sense is that energy in the magnetic field must be located in the space between two conductors.Conductors end up directing energy flow - not carrying the energy.

The electric field in the conductor that causes current flow presents a similar picture. For a transmission line trace 5 mils above a ground plane, the electric field strength in the space under the trace is about 49,000 V/m. The electric field inside the conductor might be 0.1 V per meter. Energy in an electric field is proportional to field strength squared. The ratio of the square of field strengths in and near a conductor is about 2.4 x 1011. It is safe to say that there is very little electric or magnetic field energy in a trace or conducting plane. Since the energy is present and it is not in the conductors it must be in the space between the conductors. This is true for sine waves or square waves at all frequencies including dc. This one idea is not often discussed in circuit theory. This one idea solves most interference problems. This one idea is at the heart of a good circuit board layout. If the energy that represents information is carried in spaces it makes sense that we must keep these spaces free from interfering fields. The path should also control the characteristic impedance so there are controlled reflections. What we really need to do is supply a smooth path for logic energy flow.

In 1858 Maxwell presented his famous field equations to the world. It is hard to believe that he did this when there were no components or even wires as we know them today. There were no circuits and no circuit theory. There were no oscilloscopes. Maxwell’s Equations are considered to be one of the greatest achievements in science. These equations do not include voltage or impedance; only electric and magnetic field intensities. We have difficulty using these field equations even in a world of advanced computing power. Engineers are very creative and they have found ways to go around most of the mathematics. The methods that have evolved are called circuit theory. When new problems occur engineers often invent a new explanation rather than use the fundamentals of physics. The idea that spaces need to be designed is simply not accepted by the engineering community. Trace spacing that controls characteristic impedance is understood but via placement is not recognized as an issue. The role of decoupling capacitors is also not fully appreciated.

The way energy moves in a transmission line is usually not fully explained. I will give you a simple example. Consider that a step voltage is applied to a transmission line. The leading edge converts half of the arriving energy to static energy. Behind the leading edge there is both energy stored in the line capacitance and energy in motion. A voltage measurement cannot separate energy storage from energy motion. There is a further philosophical problem. The fields are stationary behind the wave front. We cannot detect any motion yet half the electric and magnetic fields are moving energy at the speed of light. The fact that a steady pair of fields when coupled together and coupled to conductors moves energy is also not easy to accept.

After a reflection at an open circuit, energy continues to move forward in the line from the source. Energy is not reflected or dissipated at an open circuit. The leading edge of the reflected wave converts the arriving energy into electric field thus doubling the voltage. The reflected wave moves in a direction opposite to energy flow. Assuming no losses, the wave action we have describe is a part of an oscillation. When the return wave reaches the source no more energy is taken from the energy source and we have an oscillator. It takes two round trips of a leading edge to complete one cycle. At one point in the cycle all the stored energy is electric and in another part of the cycle the stored energy is all magnetic. This has to be because if there is capacitance and inductance in parallel, this is the familiar LC tank circuit.

Electronics is in a constant state of flux. Today, energy is moved in fast logic structures and often intentionally radiated to receiving devices. The trend is for more data and faster operations. As you can tell from my writing, I think that there can be many improvements in what we call electronics. If you wish to read more about the problems of designing modern circuit boards, read my latest book. The name of the book is the title to this section. It is published by John Wiley and Sons.

The electric field inside the conductor might be 0.1 V per meter.

Hmm. This caught my eye, since the electric field inside a perfect conductor is supposed to be zero....

I'm no spring chicken, but, this is a new paradigm to me and I am inspired to investigate further.  I look forward to reading your publications.

This is a very interesting way of looking at the principles of electronic circuits.

A very different viewpoint than what I received as an EE student many years ago. I was well-trained in circuit theory and the fundamentals of electromagnetics, but left most of even that behind--to my detriment--as I plunged into the nascent field of digital electronics. I would be interested in more articles by this author.

thanks for your writeup. it sounds interesting!
for me its a little hard to understand all- i think that has to do with to points:
- i have absolute only the very basic theoretical education about electronics / circuits and so on (like 'this is an resistor'. and 'this is an capacitor' - that is all - all other things are self thought - and so mostly practical and not theoretically ;-) )
- and english is not my mother language - so sometimes its hard to understand the meaning behind the words ;-)

for this i think some simple graphics that complement the text would be helpful :-)
i will re read your post in some days- and hopefully on the second reading things get clearer ;-)

As an unexperienced engineer, I totally agree that an understanding of this concept of what electronics is, can be critical to designing electronic products that are mass manufactured, must be long term reliable and must be developed as fast as possible.

I have found myself in very uncomfortable positions in which my understanding and preparation in electronics was not enough to solve electromagnetic issues, and had to deep dive in books and rely in almost "magical" solutions. However the understand of how energy is transmitted and where it resides opens the real world of how the PCB and circuits mounted on it are interacting with each other.

Thanks for such a nice article, definitely looking at your books.

I have over 60 years experience as an electrical engineer, working in aerospace instrumentation. I have written 15 books, mostly on electrical interference, all published by John Wiley and Sons. Since officially "retiring" in the early '90s I have given seminars and taught courses all over the world. My latest book, Fast Circuit Boards, is on fast logic. I graduated from CalTech in Physics in 1949 and have a Masters in Electrical Engineering from the University of Southern California, 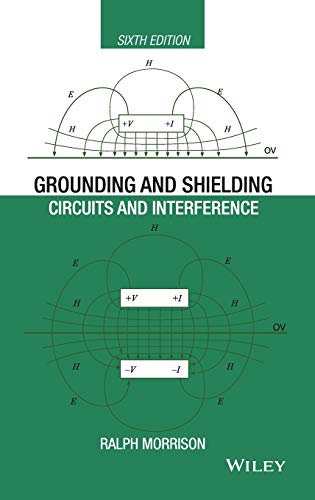 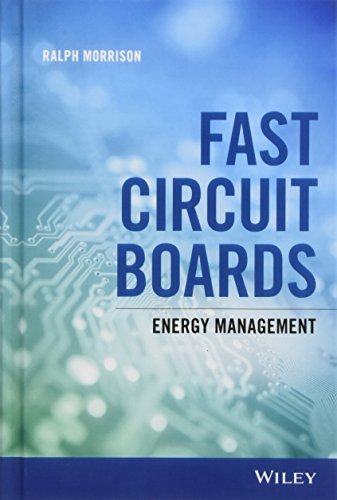 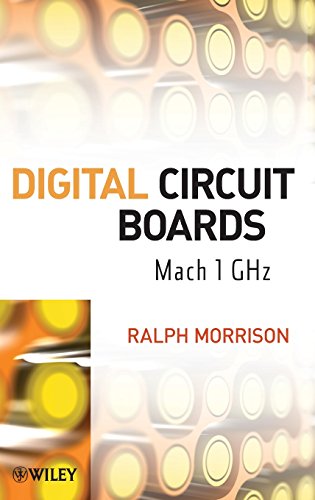