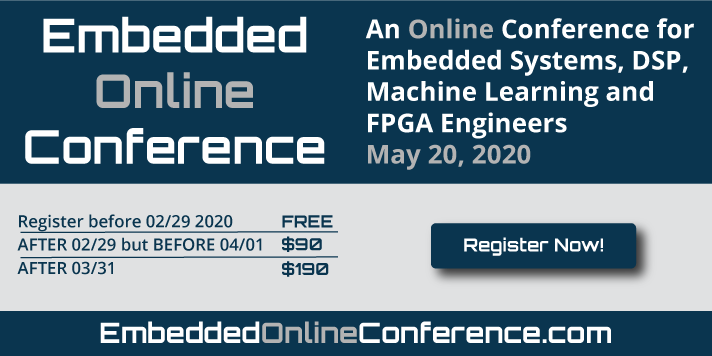 Started by kevin_townsend2 ●January 23, 2010
> I have been using LPC21 an LPC23 devices. Especially the ones that have
> small footprint with large flash, ex: LPC2148. NXP's new lpc13xx and lpc17xx
> headers are designed wrt CMSIS. This is a little annoying if you want to
> port LPC21xx code to LPC1xxx. I'll do it however I want my code to be
> portable..
>

I went in the opposite direction ... I found the CMSIS headers rather annoying compared to what I'm used to and made my own LPC1343/1114 headers without all the X->Y madness ... I prefer simple register names, and no 'magic numbers', so I ended up redoing everything to end up with code like this:

It was about a week of work, all told, but it's definately nice to have consistently structured code between projects. CMSIS is great in that it standardises the ISRs, etc., and takes a lot of the burden away on getting the device up and running ... I just wish it didn't force a specific structure on you for the main device header file.

To answer your question, though, I suspect if you want something similar for the 2100 you'll have to do it yourself ... though I believe some toolchains provide header files with a similar structure ... but you'll likely still need to make some changes yourself.

FREE Registation for a limited time

FREE Registation for a limited time