The first part of this article described the conditions for an exception request to be accepted by a Cortex-M processor, mainly concerning the relationship of its priority with respect to the current execution priority. This part will describe instead what happens after an exception request is accepted and becomes active.

Before discussing in detail the sequence of actions that occurs within the processor after an exception request has been accepted it is necessary to delve deeper into the concept of processor execution mode.

From this point of view the Cortex-M processor’s approach is fortunately much simpler than the ones of its predecessors. For instance, the ARM7TDMI processor, once very popular as a microcontroller’s building block and designed according to version 5 of the ARM architecture, has seven distinct modes of operation (of which two, interrupt and fast interrupt, are for interrupt handling). By contrast, Cortex-M processors only have two modes in total, called thread and handler mode.

Another point worth mentioning is that Cortex-M processors implement two distinct stack pointers, called Main Stack Pointer (MSP) and Process Stack Pointer (PSP) and referring to distinct stacks in memory. At any given time, the processor makes use of one of them, and the choice also depends on the execution mode.

Knowing exactly which stack pointer is in use is extremely important for embedded software developers, because stacks hold critical data structures, such as function arguments and return values. Moreover, when the system supports the concurrent execution of multiple tasks, proper stack management (which is a per-task data structure) is crucial to avoid memory corruption and ensure that the system operates correctly.

Thread mode is the normal task execution mode and—as an exception to the general rule to be discussed later—is also the mode entered by the processor when it accepts a reset exception. From the point of view of execution privilege, thread mode can be either unprivileged or privileged, depending on how the nPRIV bit of the CONTROL register is set.

Execution privilege determines the extent to which the currently executing code is allowed to access and make use of system resources, namely, some critically-important instructions, registers, and memory areas. For instance, the CONTROL register itself can be written only by privileged code. This makes sense, otherwise non-privileged code could easily raise its privilege level in an uncontrollable (and even undetectable) way by overwriting the current contents of CONTROL with a more favorable value.

Instead, only the processor hardware itself—according to mechanisms we will more thoroughly describe in the following—as well as privileged code are allowed to modify CONTROL. When this feature is accompanied by a suitable memory protection mechanism (like the MPU briefly outlined in the first part of this article), it becomes possible to keep a clear and unbreakable separation between code meant to be unprivileged (untrusted application-level code) and privileged code with full access to the system (trusted components, usually part of the operating system).

Another bit of the CONTROL register—namely, the SPSEL bit—decides whether the processor uses the MSP or the PSP as stack pointer when in thread mode.

As its name says, this mode is used by the processor to execute all exception handlers except—as noted above—the reset handler. Code executed in handler mode is inherently privileged and always makes use of the MSP, regardless of the setting of the CONTROL register.

A peculiar case of mode transition happens when unprivileged code running in thread mode executes a SVC assembly instruction that, as described in the first part of this article, triggers an exception request unconditionally. The exception is accepted synchronously with respect to the current instruction flow and grants unprivileged code controlled access to privileged execution mode, by means of trusted software routines usually implemented within the operating system.

WHAT HAPPENS WHEN AN EXCEPTION BECOMES ACTIVE?

The main phases that make up the exception handling entry sequence—that is, the sequence of actions performed by the processor to start handling an exception—are depicted in the figure that follows and then discussed in detail. The numbers in the figure correspond to the ones in the explanation. Table 1
Encoding of The EXC_RETURN Value

As stated previously, the processor starts an exception return sequence when a special value—characterized by the pattern 0xF in the 4 higher-order bits and called EXC_RETURN in the following—is loaded into the PC at the end of an exception handler.

Informally speaking, in these cases, instead of simply overwriting the old contents of the PC and jump to the new address, the processor “undoes” the exception handler activation steps described previously in order to transparently resume the activity it was performing when the exception became active. More specifically:

If anybody would like to actually see what's going on in the CPU and on the stack during Cortex-M interrupt handling, there is a YouTube video course. Specifically lessons 17 and 18 explain the Cortex-M exception handling. The complete playlist of the course is here:

I am using cortex M4 controller.

I am in a situation where a low priority ISR is interrupted by High priority ISR and from HPI i want to go to the next ready task.

But because the LPI is still active when i try to go to new task(thread mode) from handler mode i get a USAGE FAULT.

How can i go to thread mode in this situation?

How can the Active state of Low priority ISR be changed in HPISR ?

as you point out, the processor does not normally support returning to thread mode when at least one exception other than the returning exception is active, as stated in "Integrity checks on exception return", Section B1.5.8 of the ARMv7-M Architecture Reference Manual.

This is for good reasons, better explained in Section B1.5 of the same manual, related to stack management/integrity and consistent handling of task and interrupt handler priorities.

The check can be disabled by setting bit NONBASETHRDENA of the Configuration and Control Register (CCR), Section B3.2.8 of the same manual.

However, before doing that, I would consider the side effects of this decision carefully.  For instance, when is the LPI going to be resumed and how?  Where is its execution context kept in the meantime?  What about priority inversion?

I hope this answers, at least partially, your question.

Thank you very much for the suggestion.

Yes, I tried with setting NONGASETHRDENA bit but as you said this will not deactivate the interrupt and the LPI will not be able to be activated again.

The other solution i see is to set a Flag in HPI and switch to start of LPI and check the Flag and then switch the context to next ready task.

You are right, there are side effects and that's why I was a bit reluctant to suggest that approach.  I do have in mind a couple of scenarios where it is indeed necessary, but they are very complex and I am not sure this is your case.

If I understand your solution correctly, there may be side effects too, depending on how complex the LPI is.  For instance, if the LPI updates (non atomically) a complex data structure and it is restarted from the beginning (instead of resumed), this may easily lead to inconsistencies because LPI may leave the update "midway".

That's why, in virtually all traditional RTOS, interrupts are accepted in priority order, handlers are executed in a LIFO fashion (holding their context on a single interrupt stack), they are resumed when preempted, and always run to completion.  They all implicitly have a priority higher than any task in the system, too.

Assuming your issue is that a task T needs an execution priority lower than HPI but higher than LPI, the "textbook" solution is to split LPI into two parts: an interrupt handler LPI' and a task LPT.  LPI' only wakes up LPT and is extremely short, so that its execution does not disrupt timings.  You can then give LPT the priority you prefer, lower than T.

Have a nice day,
Ivan

Thank you very very much.

What can be the reason that the Active exception becomes pending ?

a better place to ask questions like this would be in the forums. Maybe Ivan will answer you here, but I believe Ivan also pays attention to the forums and you would get the extra benefit of having other users who could contribute to the discussion.

Yes, I will use the Forum for the discussion.

Thank you very much for the information.

Ivan has been a Researcher with the National Research Council of Italy, Institute of Electronics, Computer and Telecommunication Engineering (CNR-IEIIT), since 1996 and has been adjunct professor of real-time operating systems at Politecnico di Torino, Turin, Italy, for a decade. He has coauthored two books on real-time operating systems and embedded software development, and serves as a Technical Referee for primary international conferences and journals. His research interests include real-time operating system design and implementation, industrial communication systems and protocols, and formal methods for vulnerability and dependability analysis of distributed systems. 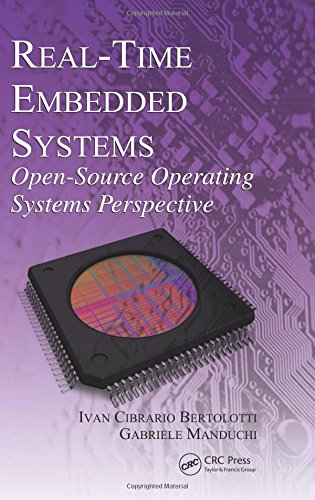 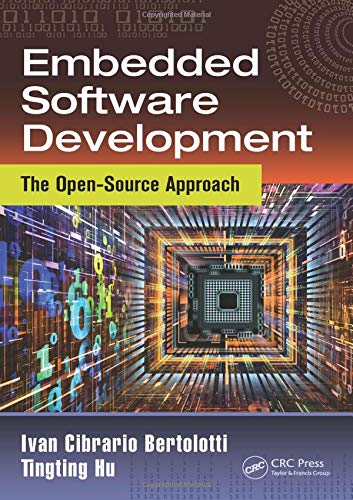